Veva Play Top 50 is the music industry record chart for songs in the United States.[1] The results are published monthly on its website. Chart ranking are based on streams, airplay and votes. The first chart was documented in 2020. Genres such as hip hop and r&b is the list focus. The first song to appear number one for the Veva Play Top 50 Chart was Humble by Kendrick Lamar. The Chart’s current number one song by votes is ”The Box” by Roddy Ricch. Results can change within the monthly time period. 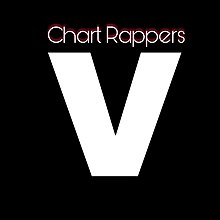 Before the chart was documented Veva Play started out as a social network and Digital Marketing Agency.

Veva Play Chart runs from the beginning of each month till the end. A new list of songs is then nominated for the upcoming month. The Winner by Votes, streams and airplay receives a award once the voting has ended. This award is titled The Veva Play Album of the Year Award.[2.]